The chart, below, comes from GitHub and bases popularity on the number of “pull requests” that are made to the GitHub software repository. Using this method, JavaScript is the most popular programming language, followed by Python, Java, Ruby and PHP.

Python has become a standard for use by non-computer science students. Whether your college studies be in mechanical engineering or geology, there is a good chance you will learn Python for data analysis projects.

Java is now an old programming language, but still used especially for Android programming. It’s popularity for desktop applications is starting to diminish.

Ruby become popular about ten years ago. Ruby is based on a concept of “frameworks” that provide pre-made program skeletons which you adapt to make your own application. Ruby is very popular for quickly creating web-based applications.

PHP pre-dates Ruby – PHP is a script language that runs on the server side of a web application. PHP is very easy to learn and couples easily with MySQL databases, making the combination a great solution for web-based, database-backed applications.

Finally we get to the “C” derived languages including C, C++ and Microsoft’s cousin C# (a very powerful language with great development tools.). C dates back to about 1970 or so.

C++ was developed in the 1980s and added object oriented programming to C and has since expanded in many ways. C and C++ are commonly “compiled” into machine instructions for each CPU and are used for high performance applications, including operating systems, video games and media applications.

C# has features resembling Java and C++ – but in a more modern design. In some ways, C# is where some wish C++ had gone 🙂 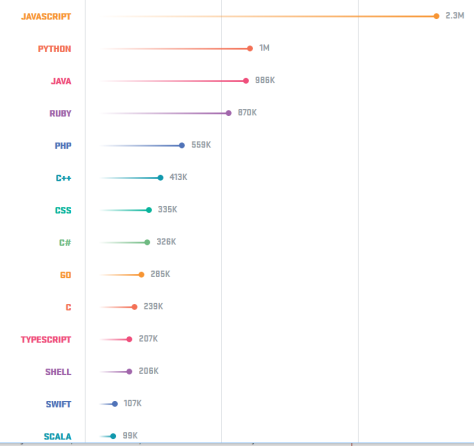